Is it time the RBNZ went into bat for farmers? 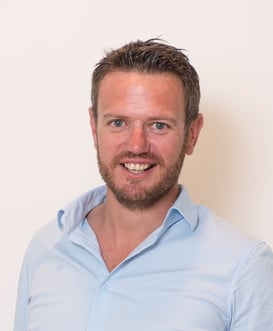 There’s no debating farmers are a vital part of the economic recovery journey for New Zealand, so it’s time they get the lowered interest rates they deserve.

Firstly, a bit of background.

The Reserve Bank of New Zealand (RBNZ) regulations stipulate that banks have to hold significantly more of their own capital in a farm loan than they do in a home loan. They put this differentiator in place after the significant run up in Agri debt prior to the Global Financial Crises (GFC) - as this, combined with the subsequent retraction in commodity prices, caused a near meltdown of the system.

Rightfully so, they wanted to prevent this from happening again.   However, in hindsight, things never really panned out to be as bad as what they thought; whilst non-performing loans ran very high post GFC – they have improved considerably to where they sit today. Banks also didn’t experience the losses they all thought they might.

Sure, things aren’t perfect out there, but the risk that each bank was facing back in GFC times, versus in real time today is considerably different.

This graph below is a good illustration of the relative change in risk for the Agri lending sector over this period.

Well over 50% of New Zealand farmers fall in the bottom half of the risk curve for banks. At present, we’re seeing interest rates on those farmers creeping up to and above 4-5% on floating, versus 2.5-3.0% on home loans.

That’s a significant amount of money that could and should be invested back into the agricultural sector to enable growth, be it in the form of meeting new environmental standards, investing in greater productivity or paying down further debt etc.

Additionally and by default, banks are lending less into the agricultural sector – in fact they are asking farmers to repay money back like never before (not a bad thing in itself, but we must be aware of the consequences like falling land values) and we’re seeing them take that capital to the home loan sector. In the last 6 months, Agri went back by $1.0bn, all other loans - went up by $11bn (most of the growth comprised housing loans).

While all of this is occurring, we are seeing some of the best profits on record occurring in the Agri sector, and yields that are outperforming other property-based sectors by a long stretch.

Where’s the logic? Driven by profit of course

If we’re unequivocally honest – banks are a commercial entity, they like to make money, and as much of it as they can so these trends are a prime example of the unintended consequence of regulations such as that mentioned at the beginning of this article.

We often argue that the banks should display the leadership required to “look through” this with a wider portfolio approach, but leopards don’t change their spots, although we do note (and appreciate) one or two banks at present definitely taking this approach.

It’s not uncommon for some banks to be out in the field talking to farmers, and using their go to saying of “well, if we can’t get the required return on this Agri loan, we can’t lend it to you…” or versions of the same thing.   If we peel it back, what they’re actually saying is that the underlying regulations make it significantly more profitable for them to lend to other sectors like housing.

The (highly) simplified example below shows the impact. In short, a bank needs to charge a margin that is significantly higher to get the same return it does in the home loan market. This isn’t right.

The RBNZ has the power to influence this alongside the banks

At present, some banks are hiding behind the RBNZ, pointing the finger at them and claiming “it’s not their fault”.

We call on both parties to stand up and make a change to see more support directed at our agricultural sector, which will of course play a far bigger role in recovering our economy than housing will.

We’ve recently seen the relaxation for the loan-to-value ratio (LVR) rules for housing – why can’t we see some of this creativity with the risk weighted asset settings imposed on banks in regards to Agri lending? Whilst we know the RBNZ is doing the right thing by making the sector less risky (which will be good in the long run), the banks are simply passing the buck down the line – to the farmers.   I doubt that is what was intended when the RBNZ finalised this in 2011.

This impact on farmers was less of an issue when a farmer could still refinance, but that is harder to do with falling asset values (ironically the result of less lending to the sector).

We’re not advocating for the complete removal of these restraints, but the RBNZ needs to be aware of this growing issue and thus take a leadership position in finding some middle ground to help our farmers keep driving our economy.

They’ve shown the required creativity and leadership in other sectors in the past – it’s time to do it again here.

Support the sector that plays a key role in keeping our economy afloat.

No one can argue that now, more than ever, we need to support our farmers. They’re our biggest export sector – that actually sell something on the world stage, for real dollars.

Shouldn’t we make sure they have all the support they deserve?